The Playoff Push: How high can the Clippers climb?

Nearly a year ago today, the Clippers stitched up the Pacific Division for the second consecutive season. This campaign has been a different beast entirely: a sluggish start, a lack of continuity, trades and injuries have threatened to derail Los Angeles this season but the Clippers seem to be finding their groove at the right time.

Now, with the playoffs just around the corner the Clippers are in a trench war with their Western Conference foes. They could jump up as high as second (if a lot of things go their way) but a few losses could see them plummet down to seventh. While seeding is one thing, finding a good matchup is another. Such is life in the Western Conference bloodbath. 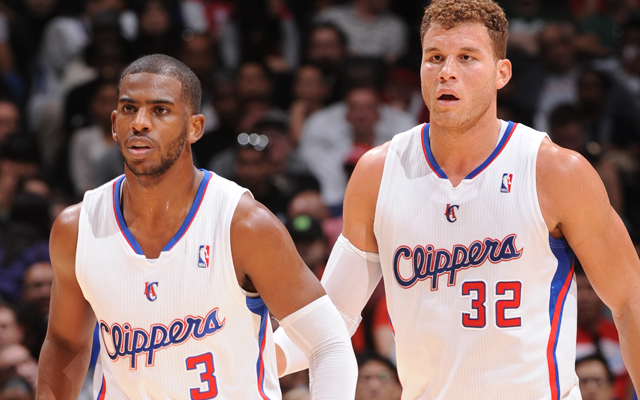 The Clippers are about to embark on a 3-game East Coast swing. They’ve managed to win their last 4 outings and the remaining schedule is favorable, to say the least:

Among Western Conference contenders it’s the best looking run home. That said, the Strength of Schedule tool doesn’t tell the whole story though as some teams begin to play spoiler, while others ramp up the tanking and some contenders rest guys ahead of the playoffs. Playoff Status predictions say the Clippers are just a 38% chance of creeping into the top four but are more than likely set to finish fifth.

There are a lot of moving parts and a great deal of the Clippers’ fate will rest with their Western Conference opponents and how they perform down the stretch (toggle between the tabs to see a breakdown of each team):

There’s a lot of volatility in the Western Conference playoff race. A lot of which won’t be determined until the last couple of days of the regular season. While the Clippers can’t completely decide their own destiny, taking care of business down the stretch will only help their fortunes.