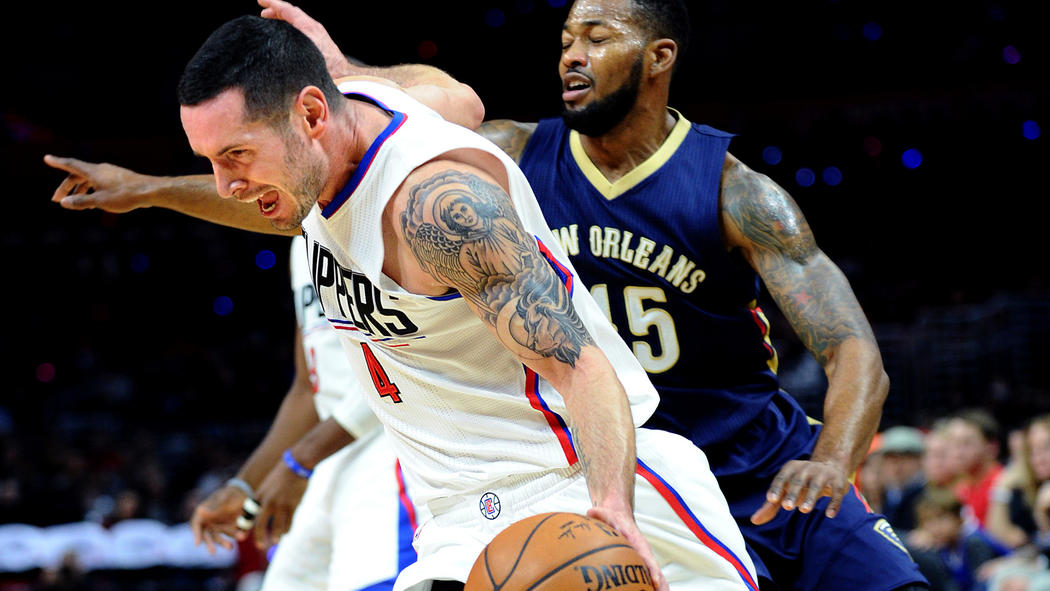 1. Back-to-back matinees, do you like this game time?
Kaveh Jam (@kavehsroom): It feels weird to be honest but it should be irrelevant to the Clippers. This is a team not too far removed from some really bottom-level efforts during games earlier in the season. The continuing focus should be on building momentum which has somewhat surprisingly taken care of itself while Blake Griffin has been out. The weekend games also ironically come against teams that are geographically linked to the city of Charlotte — and should be winnable contests.

Aaron Williams (@aaronsmarter): Yes and no; it’s great for those lazy weekend days when I have nothing to do until the evening, but on the other hand, we are usually treated to laconic play, drowsy crowds, and dismal officiating. No one really wants to be up yet, least of all the Clippers players. Also, if I have midday plans – lunch, errands, or my Sunday pickup game — I’m liable to miss half the action. Call it a wash.

Roscoe Whalan (@RoscoeWhalan7): Do not like. Neither do the LA locals by the looks of it — did you see the crowd in the early part of yesterday’s game? Fortunately, the Clippers showed up themselves to play but there always seems to be a sluggish element to these games.

2. With the season all but lost, what should the Pelicans do?
Jam: Let’s all agree that regardless of injuries, the Pelicans have bitterly disappointed and underperformed relative to the talent they have on their roster. It’s gotten so bad in New Orleans that players are now openly admitting to doling out less than adequate effort on the court. Coach Alvin Gentry has already hinted that major lineup changes are imminent. I think it’s safe to say that won’t be enough. With Anthony Davis firmly in place, their best approach is to probably build on the move — via trade. It serves as a direct way to tinker with the broken team chemistry and add fresh talent to the roster.

Williams: What can they do? Gentry just arrived this season, with no time to install any kind of offense with all his usable players injured, and in a season where every serious Western contender reloaded and came out swinging – our own stalwart, nautical-themed protagonists notwithstanding. The only thing I think they can do now is ride out the rest of the season, play hard, gel a little, get everybody healthy, and maybe make some mid-season acquisition to lighten the load on Brow. Try again next year with a system, players that have been to war together, and hope that the basketball gods bless them with more good health than this season… a LOT more.

Whalan: The injuries certainly haven’t helped but having a new coach take the reins with old infrastructure is like putting a race-car driver in a beat up Honda Accord and asking him to win the Daytona. A major shake-up should be on the cards. The good news? You have a Top 10 NBA player locked up for a few years — now just build around him.

3. The Clippers have a lot of guys who have been “hot” over the past few weeks, who’s been your favorite dead-eye during the stretch?
Jam: Is there a choice other than Chris Paul? This is the same guy that began the season in a sluggish sloth. Whether Paul wasn’t fully healthy or simply pacing himself is a mere irrelevant footnote now. The easy test to check whether the Clippers are clicking is to watch Paul. Regardless if he’s scoring or not — if his imprints are cemented on the game it’s a better than likely chance the Clippers are keyed in.

Williams: Jonathan Jesus Redick. No tattoos on the right arm; only for shooting. It’s astonishing to note that even with his incredible play of late, JJ is still very much underrated by the league at large. We’ve read commentary to the effect that he cannot guard anyone, that he needs others to set up his shots, and of course, the infamous, long-debunked urban myth that “Duke players can’t play in the NBA”. Yet, there he is, turning in solid performance after solid performance, doing all the little things to make the Ships great, and all while running more miles than any other player in the league – with a bad back. JJ Redick is one bad man.

Whalan: Save for Redick, which is the obvious answer, the irrational confidence spreading up and down this roster is so irresistible that Austin Rivers is convinced that he too is a shooter. He’s shot 11/20 over his past six games. Count it, baby.