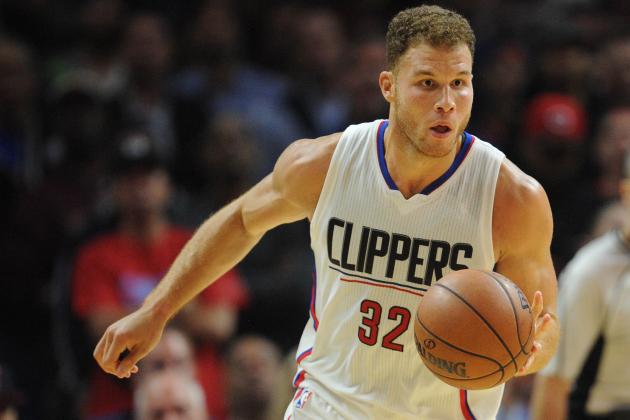 1. Blake Griffin suffers a broken hand. Is this isolated to a Blake issue or representative of a broader issue within the Clippers camp right now?
J.D. Evans: The Clippers’ must all be feeling frustrated. Paul came to LA to win a championship, and it looks a long way off. Doc the coach must be pretty annoyed by Doc the general manager. Nobody could blame DJ for wishing he played a bigger part in the team when Griffin was in the lineup. So I’d say it’s pretty representative. On the other hand (yuck yuck), it’s probably just two guys having a stupid argument.

Kaveh Jam (@kavehsroom): It’s difficult to say. I expect the organization to be rather tight lipped, especially in regards to the latest Blake issue. The last thing the Clippers need is for their dirty laundry to be dragged out through the public more than it already has. I wouldn’t be surprised if there was some internal strife within the team. But honestly, it’s irrelevant to winning. Do champions have great internal chemistry? Some do, some don’t, but what most have in common is an immensely strong mental fortitude and sense of winning as foremost priority.

2. How much longer can this Clippers outfit go on without #32?
Evans: They might be okay. The gap between the top four and the next four in the West is big, and the Clips as they are might be able to hold on to fourth. Even if they don’t, fifth seems like a floor they can’t fall through. So they should be fine. How they’ll work him back into the lineup after a month plus on the sideline might be a bigger issue.

Jam: The numbers say they can continue on (in the short-term). In the time Blake has been out, the Clippers have gone 11-3 and are a plus 2.5 points improved per-100 possessions during that time. On the flip side, they did not look particularly good in losses to the Toronto Raptors or Cleveland Cavaliers — two teams they faced in that stretch that could fairly be tabbed as contenders. The Clippers have benefited from huge performances from Chris Paul and J.J. Redick but I can’t imagine that burden continuing for long without Blake’s interior scoring. Necessity has pushed Paul into a score-first point guard but conventional wisdom says that won’t hold against good perimeter defensive teams like Golden State or San Antonio.

Murray: The team was supposed to be holding on just for the big fella to come back this week. This injury is worse than the partial quad tear, and the schedule cranks up too.  Clippers contrarians don’t say “12-3”, they bring up the lack of quality competition in this stretch (which is a rant for another day). But the reality is this: Griffin is going to miss another 15 games, at least. We may not see him until spring. And he’s set to miss games against the Bulls, Spurs, Warriors, Thunder, Mavericks, Cavaliers, Rockets, and Grizzlies.  Stay up, Chris.

3. It’s Jeff Ayers for now but how busy do you expect Doc to be on the buyout market?
Evans: It depends what the goal is. The bench is finally getting semi-functional, the Warriors and Spurs are probably out of reach, and there’s no reason to futz with chemistry. There’s also no reason to spend money just to spend money. Better, I’d guess, to focus on free agency next season. But if it’s win now or bust up the team time…

Jam: Doc is historically proactive during this time of year, particularly on the buyout market. Last year Doc was on record saying he expected to be “active” but ended up striking out on bigger names. Two years ago, the Clippers added Glen “Big Baby” Davis, which proved to be a shrewd move. A lot of it will depend on who’s getting bought out and who’s available. The rest will depend on how Doc feels about the internal chemistry of the team — which from the outside appears to be average at best.

Murray: Ayers has always been an end of the bench guy. He’s a professional who can rebound and shoot well enough in limited range, but he fouls too much to log significant minutes and his athleticism isn’t special. Unless he has a big game and/or DeAndre Jordan or Cole Aldrich go down, expect Doc Rivers to refrain from sealing his last roster spot.