Last time they met?
February 6, 2015 — In a weird one, the Clippers led 30-10 with a couple of minutes left in the first quarter before succumbing to the Kyle Lowry/ Demar Derozan-led Raptors 123-107 in Canada.

What’s changed since then?
While the Clippers are looking to avoid a 3-game losing streak, the 8-6 Raptors are hoping to end their 5-game West Coast road trip with a two wins over the Staples Center tenants. However, the Raptors will be without big-man Jonas Valanciunas, who fractured his left hand on Friday against the Lakers.

Snap a streak
For the third time in this short season the Clippers will be looking to avoid a 3-game losing streak. Last year, the first time they dropped three in a row was against the Raptors. 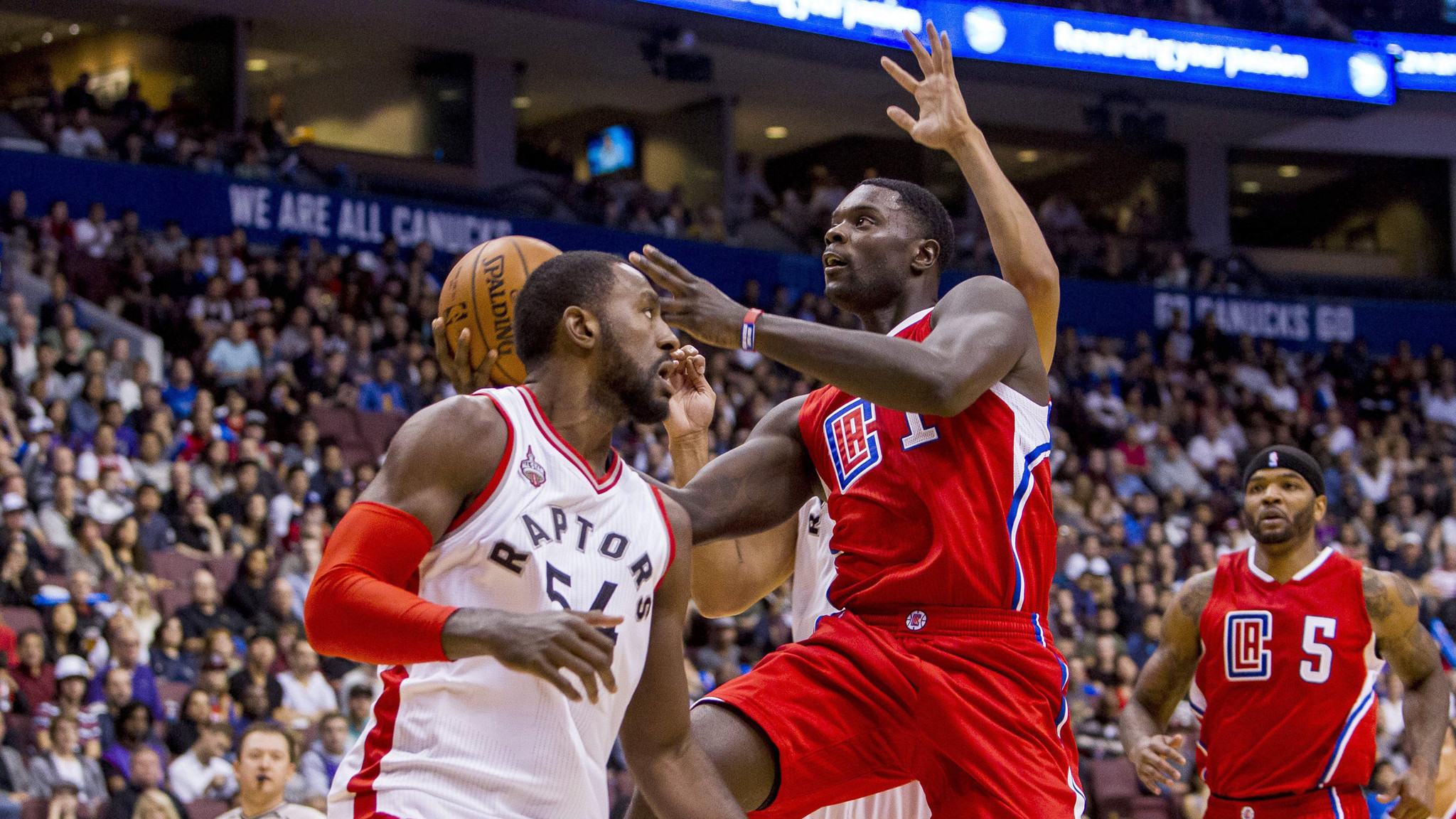 1. What was more important for the Raptors to change this offseason: the roster or the psyche?
Blake Murphy, Raptors Republic (@BlakeMurphyODC): They’re related, really. To have any chance of winning a playoff series, the roster needed major tweaking. They needed better perimeter defenders and more balance to the offense, ends that Carroll and Joseph served. But those changes also speak to a mental shift. I don’t think the team was broken psychologically by the sweep, but the team had accepted a sub-optimal identity of a one-on-one team that won on the offensive end. That doesn’t fit the coach or any of the non-DeRozan players. So, in a very wishy-washy answer, the roster changes were more important but they were borne of the team’s acceptance of a poor ideological identity the season prior.

Aaron Williams (@aaronsmarter): The mindset change has been stunning for the 6 in the offseason. I think it all begins with the leadership of Kyle Lowry. He seems to have resolved to be an even more dangerous version of the pitbull that he already was. He slimmed down without losing any of the competitive fire that drove him to All-Star status last year, and the Raptors collectively feel like that.

Kaveh Jam (@KavehsRoom): Both were equally necessary. When you spent much of last season atop the Atlantic Division, careening head-first off a cliff post-All-Star break calls for introspection and roster adjustment. More alarming than their sudden collapse was the appearance of a mentally defeated team. Coach Dwane Casey’s strange and erratic rotation patterns simply fanned the fire as the Raptors blasé effort and subsequent lack of in-game adjustments blew up in their face by the time the Wizards snapped their vulnerabilities squarely in half. But the roster also needed tweaking. Masai Ujiri aggressively addressed Toronto’s biggest roster deficiency: a pathetic defense that had free fallen to 23rd in the league. DeMarre Carroll, Bismack Biyombo, Corey Joseph, and locking up Jonas Valanciunas all signalled a commitment to their new identity.

2. The Clippers are 6-6 and the Raptors are 8-6. Does this whole “East is better than West now” chatter have some validity or is it just a blip on the radar of a long season?
Murphy: I think it’s a blip, to be honest. The East is certainly better and deeper but the balance of power isn’t even close to having swung. You look at the standings page and you can make the case for a handful of West teams getting better than they’ve played and the opposite in the East. Plus, the bottom of the East is a flaming tire fire; at least the West’s dregs compete. It’s nice that the East could play closer to .500 ball this season, but the fact remains that Cleveland is the only team that would be a top-four or top-five team in the West.

Williams: Look. 82 games. That’s all you need to know. But here’s the thing: why does one need to be “better” than the other? The East or West is only sending one representative to the Finals this year, and that is the team that survives three grueling rounds of up to 21 games each. I don’t care whether you think the competition is “weaker” or “soft”. Those are still THE best basketball players in the world and that kind of schedule is a feat for anyone.

Jam: It’s really too early to make a conclusive judgement either way. But still, the East is actually low-key pretty deep right now — three games separate the fourth seed from the 14th team in the conference. The West probably still has higher quality teams and despite the noise, the discrepancy is actually not as big as it has recently been.

3. It’s been two years since Bruno Caboclo was drafted. Is he holding steady and now just two years away from contributing?
Murphy: I’m not sure about two years away from contributing, but he’s at least a season away. The Raptors’ investment in a D-League team was in large part to facilitate Caboclo’s growth, and he’s going to spend the entire season getting heavy minutes in Mississauga. That’s crucial, because Caboclo is a baby in basketball terms. Sorry to throw a lot of numbers at you, but prior to his assignment, Caboclo had played only 756 “professional” minutes, all in low-competition environments (24 in the NBA, 277 at summer league, 153 in preseason, 62 in the D-League, and 240 in Brazil in his draft year). In one week since being assigned, he totaled 138 minutes with the 905. He’s nearly 7-feet tall with a 7-foot-9 wingspan, athleticism, and a quick, fluid jumper; I have no idea what he’s going to become as an NBA player, but I still maintain it’s worth investing to find out.

Williams: I want to say “yes”. I want to say that with the league finally seeming to embrace the fact that there is a place they can send young players to develop, that it may even be faster. But the realist in me just shrugs and goes “who’s to say?” Word to John Mulaney. The problem is, there are a lot more factors that go into being able to hang in the NBA game than just being able to dribble, pass, and shoot, and you can’t predict how it’ll go ’til it goes. We’ll see when he gets there; right now it’s up to his coaches and the team’s front office to decide if they think he’s ready, and him to show us when he gets the chance.

Jam: The drafting process has always intrigued me. The idea of drafting on potential is a tricky proposition and never more true than the case of Bruno Caboclo. He’s still a long-term project for the Raptors but establishing Raptors 905 — the franchises’ brand new D-League affiliate — was probably the best thing for his development. Instead of being stranded on a Raptor bench that currently has no use for his raw ability, Caboclo can flesh out his game and feel what it’s like being the main cog in the rotation. The D-League is little about winning, and more about self progression and development. It appears he’s already embraced those elements. Next, Caboclo will probably need to continue expanding his defensive ability because guys his size who can effectively D-up warrant roster spots.