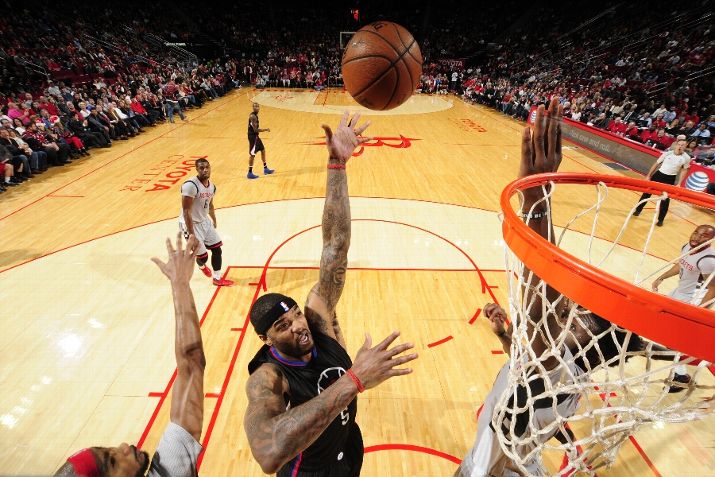 1. Including the playoffs, the Clippers have now lost 5 straight to Houston. Have the Rockets become a bad matchup or is it more a case of bad luck?
Michael Shagrin (@mshaggy): This question triggered my PTSD. During the two early losses this season, the Clippers played poorly against a Rockets team that was stuck in the mud. That didn’t feel much like bad luck. During the soul crushing 3-game slide towards elimination last playoffs, well… an explanation needs quite a bit more space than we have here.

Sareen Tavidian (@serenetavidian): Clutch City has been dominating Lob City – but I don’t see this as bad luck. The Clippers are playing very well, however, there’s always that one team (in this case the Rockets) that causes the opposing team to have match up problems. Houston’s length and athleticism around the perimeter, including Houston’s shooting percentage challenges the Clippers. With career high shooting averages James Harden has become crafty and quick, making him difficult to guard. Defense is what is lacking with the Clippers when going up against the Rockets – after all, offense sells tickets, defense wins the game.

Roscoe Whalan (@RoscoeWhalan7): It’s bad luck but there is something to be said about a team getting an edge over another. The Rockets certainly have that on the Clippers right now. That said, I’m less worried about the Clippers expelling some Rockets demons as I am about L.A. finally pulling off some “signature” wins.

2. Who has been a bigger disappointment for their respective team: Josh Smith or Ty Lawson?
Shagrin: Ty Lawson. Josh Smith’s problems have always manifested on the court. He takes bad shots, dawdles on defense, sulks persistently and did I mention he takes bad shots? Lawson on the other hand never seemed to let his off the court issues affect his game too acutely. That’s changed this season during which he’s appeared a shell of himself.

Tavidian: Josh Smith has been the bigger disappointment. Doc Rivers needs a big man who can create some movement in the front, especially now with Griffin out of the game. Smith was the perfect man for that, until now. With his questionable attitude, and inability to create plays, Rivers is hesitant to put him in the game because he can’t trust that Smith will deliver.

Whalan: Good question. Ty has some issues that are bigger than basketball right now and for that I’ll exclude him. On the other hand, Smoove’s form has gone up and down like a yo-yo over the past 12 months. Fortunately, both teams bought low on these assets and the sunk cost isn’t so great that it becomes crippling to the respective franchises.

3. Which of these two teams is more likely to finish higher than their current position in the standings?
Shagrin: Houston. The only possible leapfrog for the Clippers would be into third place past the Thunder, but they’re rolling right now and should only get better as Billy Donovan figures out how to steer an NBA ship. Immediately in front of the Rockets are the volatile Grizzlies and the inexplicably overachieving Mavericks.

Tavidian: Although this might go against my response for the first question, I truly believe the Clippers will finish higher than their current position in the standings. Offensively, the Clippers have found a consistent and effective ‘open-space’ flow even with the absence of Blake Griffin. In addition, the Clippers are the better coached team, which will allow for a better push after the All-Star break.

Whalan: I think just by the nature of the standings it has to be Houston. The Clippers gave up too much ground to start the season to mount a challenge for the 1 or 2 seeds (barring some crazy collapse from GSW or SA). I see them finishing either 3rd or 4th at this point. The Rockets on the other hand have room to move in a softer than usual lower-seed Western Conference. I wouldn’t rule out their chances of moving up to 5th.