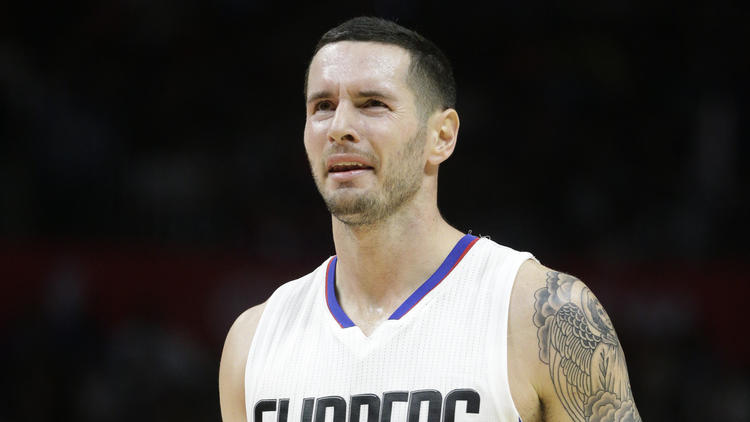 1. How bad is this Clippers team’s tendency to commit technical fouls?
Brandon Tomyoy (@dingyu): Considering they lead the league in technical fouls? Bad. But they have had a history of bad calls or non calls that have hurt them. So the players politic. They get emotional. And that’s all while their coach is working his angle to get the game called to their benefit as well. Which, of course, all grates on the officials, and nobody likes to be told that they’re not doing their job well. It also creates a perpetual loop, because even if behavior from the players improves, the reputation this team has long been set in the minds of the refs.

Sareen Tavidian (@sarenetavidian): Pretty bad. What do the Clippers and Doc Rivers have in common? A tendency to overreact. It’s no secret that the Clippers are an overly passionate team, but sometimes that passion turns into aggression and the players seem to lose their composure – leading to the inevitable technical foul. Nonetheless, sometimes you just have to let the players play. The Clippers record in technical fouls this season is allowing officials to take advantage of the situation and Wednesday night’s call in the last minute of the fourth quarter was proof of that.

Aaron Williams (@aaronsmarter): Don’t. Get. Me. Started. This team reacts plenty, true, but I don’t think it’s any more than some of the worst offenders. After all, the Thunder get T’d up an awful lot too. But this is one of those situations where rumor is often treated as reality. The saying goes that the Clips complain too much, and so any complaint is met with punitive measures normally reserved for fourth or fifth offenses. And since the officials get to be very subjective in just what type of behavior warrants a technical in the first place… But look, I’ll sign off before the league office fines me next – I’m just a lowly blogger,  and they don’t pay us enough.

2. The Magic have won just two of their past 16 games. Surprise or no big surprise?
Tomyoy: Not the biggest surprise. Their schedule has featured a significant number of good to great teams over the past month. When also sprinkling in the inconsistencies that come from them being a young team, not to mention some shuffling of players between the starters and the bench, then slippage is not unexpected. A 2-14 streak is certainly on the extreme side of this, but they did start out far better than they were expected to as well.

Tavidian: The reason I’m not surprised is because they lack strategy, consistency and the ability to finish hard. Despite their improvements this past November, the Magic have taken a turn for the worse. They have youth and defensive strength but it’s not translating into wins anymore. Their tendency to crumble in the last quarter prevents them from moving on to the next game with a positive outlook and the opportunity for a better record.

Williams: I’ve long gotten the sense from Orlando that, ever since Dwight Howard forced his way out of town, the organization hasn’t really had a plan in place. They didn’t have one, in fact; Howard was the plan. They’ve been reeling ever since. With a hodgepodge of left-of-center-on-the-goodness-graph vets and athletic-but-inexperienced, young players it’s no small wonder that they’ve managed to win any games at all. Call them the Southern Sixers, maybe. If someone in management down there figured out how they want tomove forward, and plugged in the right pieces, they have the talent for a tremendous turnaround. Oladipo, Payton, and Napier are good kids in a mad city, poised to break out… but they need to find their Dr. Dre.

3. The Dunk Contest participants include the Magic’s Aaron Gordon. What’s your take on the line-up — is there a Clipper you’d like to see throwing it down out there?
Tomyoy: Seeing Andre Drummond on the list has me pine for the day that DeAndre Jordan will participate in the dunk contest. The competition has long belonged to smaller guys that can pretzel themselves into the same acrobatics that have already been done better in YouTube videos, and without the time constraints of live television. It’s time to let more big men in the fold. Sure, contortion is cute, but watching someone that can touch the top of the backboard while possessing the raw power to tear the rim straight off the stanchion? That’s breathtaking.

Tavidian: Andre Drummond will be fun to watch, but to be honest, I’m not interested in the line up unless it includes DeAndre Jordan. Jordan would be the best thing that could happen to the All-Star Slam Dunk Contest. It would feel like how an Oreo tastes after dunking it in your milk. I can’t even think of a more satisfying contest to watch. He’s playing like a rock star and having his best season yet – he deserves every little bit of that attention. DJ all the way. Hopefully one day.

Williams: I don’t know, Lance Stephenson, maybe? This Clippers team isn’t exactly made up of athletic marvels, and the one guy who should really be making a triumphant return is sidelined ’til the league decides what they want to do with him (you just know they’re going to wait the full 4-6 weeks for him to heal before they hand down punishments). Everybody says DeAndre Jordan, but watching 7 footers put it down was never my jam, even if he can jump out of the building. Tell you what, I’ll be very impressed if J.J. Redick throws his hat in the ring at the 11th hour and managed a 7.5 average on the night.


A fast-paced, sets-who-needs-no-stinking-sets brand of basketball...