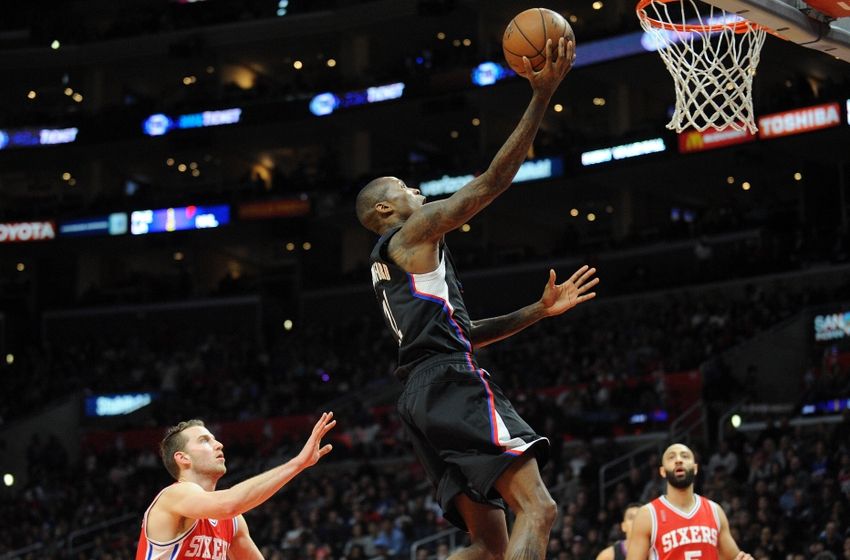 1. Lance Stephenson or Austin Rivers?
J.D. Evans: Well, Lance is the only Clipper left without a broken hand, so let’s go with him. The problem is obvious (i.e., he can’t shoot threes), or so I’d thought, and then I looked at some numbers and it turns out that although it seems like Rivers shoots a lot of them, not many go in. And I also learned that Lance’s FG% is hovering around DJ levels. So it’s not a hard case to make, even if we buy the Rivers-is-our-best-defender rhetoric.

Kaveh Jam (@kavehsjam): Lance. Despite the strange season he’s had I would argue he still provides more bang for the buck. The win last week at Orlando underscores why the Clippers will need him in the playoffs: checks in with just 19 minutes on the floor but finishes 6-of-6 from the field including some incredibly timely plays in the fourth quarter. His playmaking and defense still makes him one of the more important players off the Clipper bench.

Aaron Williams (@aaronsmarter): Interesting question. You’re essentially getting the same things with both: an athletic body who can be used to guard every position from 1-3, decent enough ball handling, questionable decision making, and – on those days when they’re really feeling it – a guy off the bench who can bring the energy to activate a flagging offense. However, the real difference is in 2 categories which I really think are underrated if we’re talking value to the team: for one thing, Lance has a bigger body, and you can’t coach size. And Austin is leading in FPG (falls per game), which is really the sort of ignominious and arbitrarily cooked up stat that makes a difference in who fans want to see on the floor in clutch time.

2. Does it surprise you that the Clippers have a better record today than at the same time last season?
Evans: Actually, no. In both years there’s been a lot of hype about how much better the bench had become; in both cases the hype was misguided. Take away the hypes, and this year’s bench really is better than last year’s, so even taking everyone’s hands into account, it’s not that surprising.

Jam: It’s surprising and impressive because of the extenuating circumstances this season has brought. The Clippers were mired in a disastrous stretch in November when they finished the month flirting with .500 basketball at 10-8. The Blake Griffin injury and subsequent off-court saga seemed it would only further derail the season. Rather than collapse, they’ve actually accelerated their win pace and have climbed firmly into the top four in the Western Conference. There’s no telling the long-term effects all this will have, but to this point they have outperformed expectations by a considerable margin.

Williams: Not really. Last year, Epke Udoh was getting minutes. Big Baby Davis was their backup center. Hedo Turkoglu was a rotation player. Jordan Farmar was ruining the locker room chemistry so badly, Austin Rivers seemed like an upgrade – and this was New Orleans Austin Rivers, not “cooking on James Harden in the Playoffs” Austin Rivers. To be completely honest, I have no idea how they managed to do as well as they did without Chris Paul’s legs falling off – he played every game, and the starters logged ridiculous minutes carrying a bench that wasn’t so much a “bench” as it was the log benches are eventually carved from. I’d be mad if this upgraded roster wasn’t able to outshine that piece of junk.

3. Finish the sentence: “The Clippers need the All-Star break like…”
Evans: … CBS announcers need new blazers without that terrible crest on the pocket: it’s nice, but actually not that big a deal. They’re playing well, the injured guys will be injured after the break as well. They have to play the Spurs and the Warriors back to back after the break.

Jam: … peanut butter needs jelly. They need the rest but at the same time they’ve got things rolling right now in a major way! It’s obviously a double-edged sword as they could use the break to collect themselves and reset for the second half. The flip side is that a week off feels like a long time when you’ve won 14 of the last 15 games.

Williams: Like Ashford needs Simpson, like Hall needs Oates, like Nintendo cartridges needed a couple good strong puffs of adolescent breath. Austin Rivers broke his hand (which should lead to increased minutes for Lance – a mixed blessing if ever there was one), which seems to be the signature injury for this year’s Clippers, Pablo Prigioni messed up his face, Chris Paul probably has a litany of minor nagging stuff that the Clippers won’t reveal because it would just be depressing, and Paul Pierce is still very old. Also, hopefully the events will be so entertaining it will put Commissioner Silver in a really forgiving mood and Blake Griffin won’t have to sit out until the Playoffs. Fingers. Firmly. Crossed.