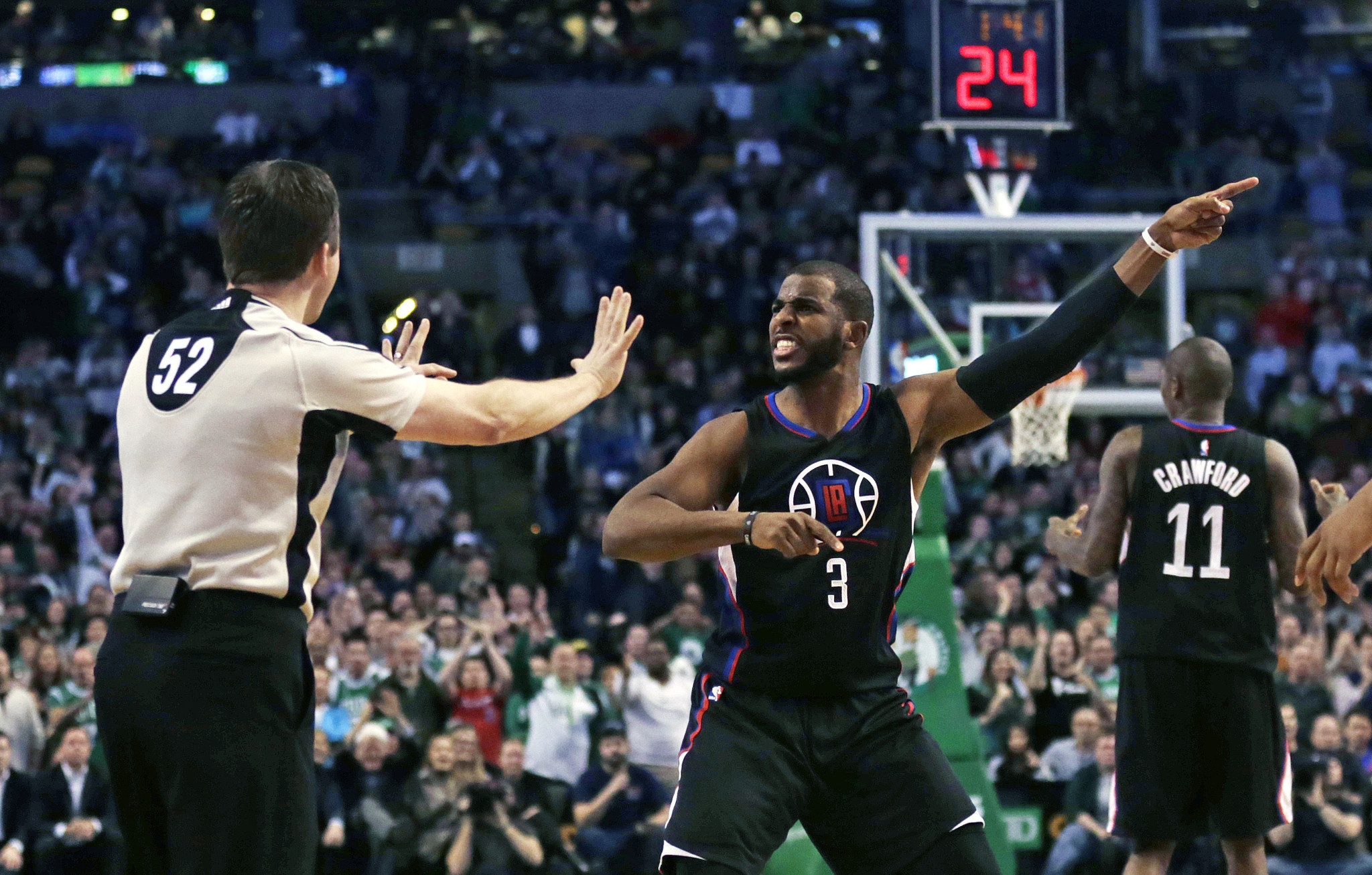 1. Who goes further in the Playoffs: Boston or LA?
Law Murray (@LawMurrayTheNU): When the season started, I had Los Angeles getting out of the first round, and Boston failing to win a playoff series. I’m going to stick with that prediction, even though both Los Angeles and Boston have exceeded my initial expectations from autumn.

Kaveh Jam (@kavehsroom): With Blake Griffin returning and a match-up with the Memphis Grizzlies looming in Round 1, the Clippers are in pole position to reach at least the second round. From there it get’s thorny. The Celtics have far surpassed my expectations this year and are on track to see either the Heat or Hornets in a first round matchup. They are a combined 4-0 on the season against them (so far) but Miami and Charlotte both have length and bench play that will likely play huge factors in preventing Boston from seeing the second round.

Aaron Williams (@aaronsmarter): The Clippers. Boston has stunned but I’m going to use the dreaded “O” word here; until they get a real star player on their team, this kind of over achievement is the exception and not the rule. They’re going to run into tested teams in the first round, while L.A. is more likely to see a team they know they can beat, be it Memphis, Dallas, or other.

2. The countdown is now on for Blake Griffin – how big will the adjustment be for the Clippers?
Murray: Blake Griffin’s return will be a bigger adjustment than last year, but keep in mind: Griffin’s return sparked a 14-2 run to close the regular season last year. The two losses were by a combined six points. It’s Blake Griffin. He’s going to have to get in shape, and that may take the rest of the regular season, but that’s where the NBA’s “long” season helps the Clippers a lot. They’re unlikely to move up or down in April, and they’ve already clinched a playoff berth. They have a good two weeks to get an elite power forward who can take pressure off of Chris Paul and DeAndre Jordan in the swing of things.

Jam: The Clippers admittedly struggled to begin the season but it definitely was not because of Blake Griffin. His November averages of 24 and 8 were not too far from the beastly playoff lines of last spring’s playoff match-up vs Houston. With the Clippers vulnerable on the glass, the hope is that his rebounding nears the level it was during that series. Over the past two weeks it appeared exceedingly likely Griffin would have to play himself into game shape during the playoffs – not exactly ideal. But now he will have 7 games before the real season kicks off with not much at stake with regard to seeding or team other than bringing him up to speed.

Williams: It’s Blake Griffin. I don’t think the guy does anything other than conditioning. It’s not like he’s lost his skills in the last 3 months. If anything, it’ll be a big change in consistency for the better because Paul Pierce is doing a good job just not exploding into a thousand pieces like Mr. Potato Head at the moment.

3. Will this be the last time Paul Pierce takes on the Celtics?
Murray: The vultures are certainly circling for this event. Doc Rivers even acknowledged Sunday prior to the Nuggets game that Pierce is nearing the end, and that it will come down to “desire” more than any loss in athleticism for Pierce. “Paul has never used his athleticism,” Rivers said Sunday, adding that it’s easier when a player approaches a coach about the end than vice versa. Pierce isn’t the sentimental type, but it’s worth watching to see if the status quo remains in place before and certainly after Monday night’s contest.

Jam: It likely could be. Much of what Pierce decides will probably depend on how the playoffs unfold. He has at least one more year on his deal but has been on the record stating he is “year-by-year.” Part of that formula is how the Clippers fare during the playoffs and where his body stands at the end of the year. Pierce has been a fierce presence on the court throughout his career but at this stage he appears content and tranquil. His achievements have certainly afforded him the right to determine how the final chapter ends.

Williams: See above. Doc may as well change his name from Rivers to Frankenstein for keeping that man alive this long, but it’s time for this pony to hit the pasture. He’s done enough; anything after this is just detrimental to whichever team he lands on more than his legacy as a Hall of Fame first ballot.