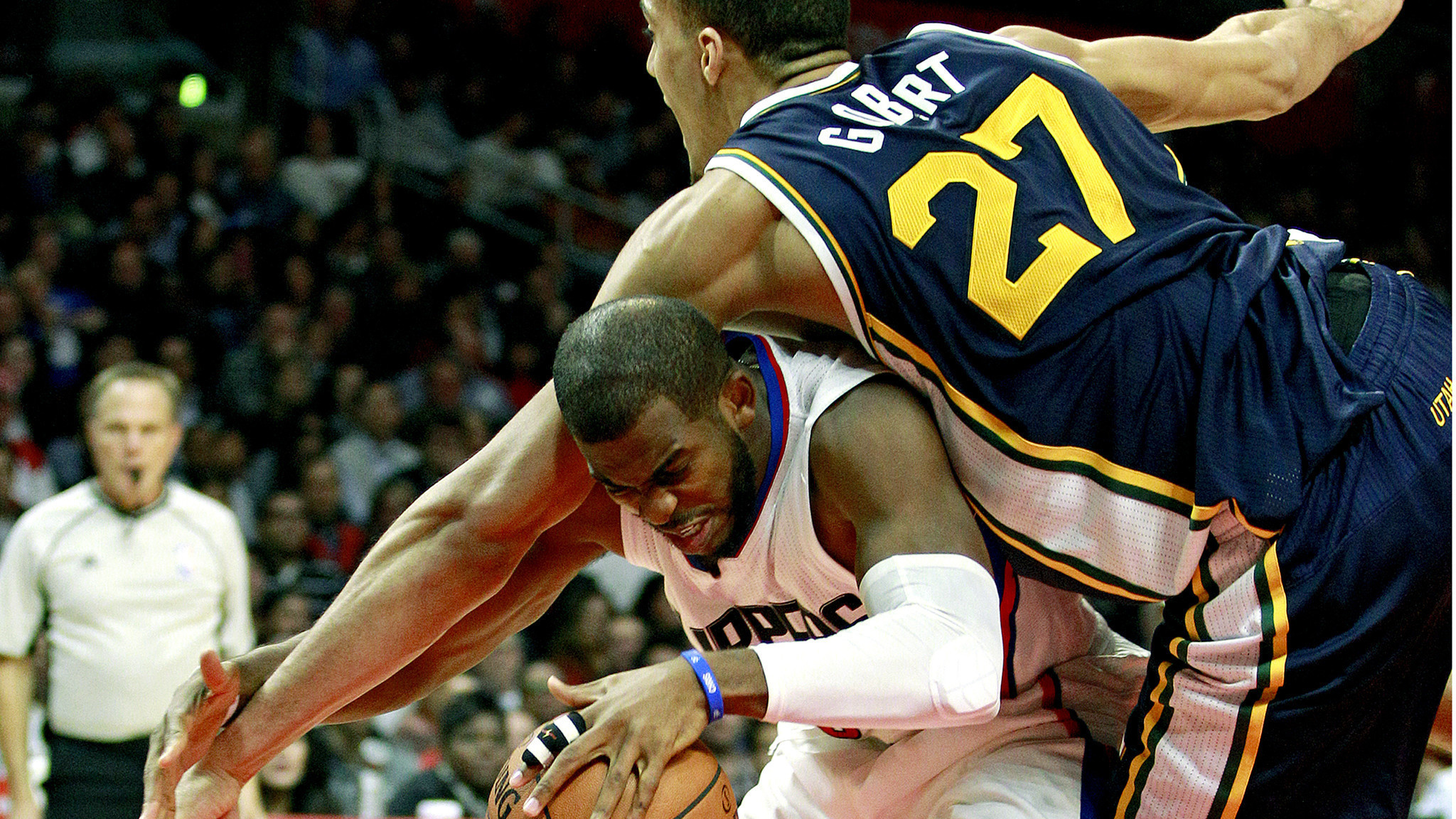 1. The Jazz are sitting in that 8th seed right now. Will they hold on?
Andy Larsen, Salt City Hoops, (@andylarsen): I think 8th seed for Utah is actually pretty unlikely at this point. That’s because in order to make the playoffs, they’ll likely have to beat Dallas at home on April 11. Should they do that, they’d probably have a better record than Houston too and get 7 or better. If they lose that game, though, they only have about a 25% chance of making the playoffs at all. Inpredict’s rankings show this: 30% Jazz get 6th seed, 26% chance they get 7th, only 17% chance they get 8th, and 27% chance they fall out and get 9th.

Kaveh Jam (@kavehsroom): It will hold if for no other reason than the ineptness of the Houston Rockets – the team that sat just 1 game behind Utah prior to last night’s home clunker against Phoenix. Houston has the easier of the two remaining schedules but apparently that may not matter. As the level of competent basketball continues to plummet and sink Houston into the abyss, the door is kicked wide open for Utah to finish clear of the Rockets, even if the Jazz drop a game (or two).

Brandon Tomyoy (@dingyu): It’s not out of the possibility that Utah could even slide into the 7th seed, as Dallas’ schedule is probably the most difficult of the three, and the upcoming game between the Jazz and the Mavericks will decide the tiebreaker for seeding between the two teams. That said, Dallas has been playing well as of late, so there’s a good chance they might have done just enough to hold on to a playoff spot themselves. That leaves Houston as the odd team out, and as seen with their last game against Phoenix which Kaveh mentioned, their 27th place ranking in opponent points per game, that gives plenty of opportunity for the out-of-contention teams left on their schedule to play the spoiler.

2. What’s a juicier first round match-up: Golden State vs Utah or Los Angeles vs Portland?
Larsen: Probably LA/Portland. I imagine the Blazers would actually have an outside chance of winning that series, while I can’t imagine the Jazz beating the Warriors 4 times in two weeks.

Jam: Going with L.A. vs Portland. The Blazers have been the surprise of the season and have one of the more potent backcourts in the league. There are interesting matchups across the board from Paul/Lillard to McCollum/Redick. Despite losing more than half of their starting lineup from a year ago, the Blazers have revamped with some real front court depth. The Harkless/Aminu/Plumlee lineup has effectively turned them into a small ball unit where Aminu and Harkless are both functioning as perimeter slashers – making them at least quick enough to run with the Clippers bigs.

Tomyoy: Utah has played Golden State to two highly competitive games when they’ve been at full strength, with one game decided by only three points and the other game going to overtime. Outside of two games that were played on the second night of a back-to-back, the games between the Clippers and the Blazers haven’t been all that contentious. What they did have plenty of, however, was hacking, and hacking alone might be enough to make a 4. vs 5 matchup along the Pacific coast less watchable, regardless of how exciting the matchup between these two starting backcourts could be in a series.

3. What’s a bigger deal: Blake Griffin’s return for the Clippers or Alec Burks back for the Jazz?
Larsen: Blake Griffin’s return for the Clippers. Alec Burks is a good 6th man, sure, but kind of like Jamal Crawford, hasn’t shown an ability to positively impact the scoreboard yet in his career. He’s younger, obviously, than Crawford, but while Burks is a big upgrade on Chris Johnson and Joe Ingles, I’m not sure Burks’ return will move the needle that much.

Jam: It depends if we’re talking about healthy Griffin. The healthy version single-handedly put the Clippers on his back at times during last season’s playoffs. If he can bring himself up to speed by the time the playoffs arrive, his presence can single-handedly change the look of a series. Even if they do hang on and make the playoffs, adding Burks will likely not move the needle against the Warriors.

Tomyoy: It has to be Griffin, doesn’t it? Between these two teams, the one with the greater percentage chance of actually upsetting a San Antonio or Golden State is with the Clippers, and that probably doesn’t happen without Blake Griffin in the lineup. If the first quarter against the Lakers was any evidence, he’s certainly capable of playing like the elite Power Forward that he has become, and it’s now a matter of managing his endurance and timing as he tries to stretch that into a period longer than 12 minutes of game time. It should be mentioned that even in his lesser showings in his first two games back that he lead the team in Plus-Minus and Net Rating, but as a whole, how the Clippers do against the upper echelon absolutely hinges on his ability to return to form. Having him back and seeing flashes of his brilliance give a sense that any amount of a high-level Griffin is better than no Griffin at all.