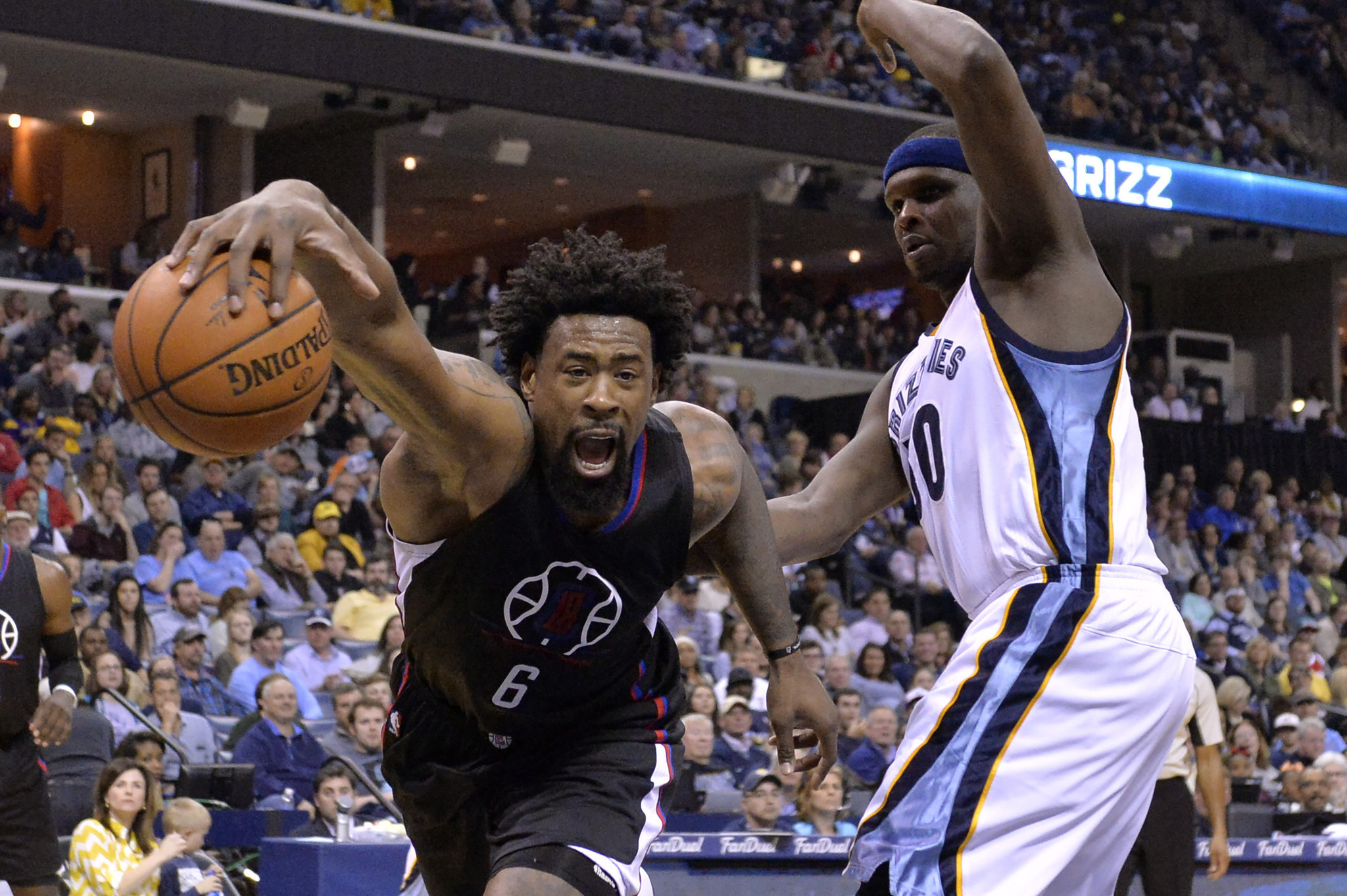 1. Are there lessons to be learnt tonight if this is, in fact, the Clippers’ First Round opponent?
J.D. Evans: Well, the Grizz have to play LAC and the Warriors, and Portland has to play Denver. I don’t have analytics data to support this, but it’s pretty unlikely that we’ll have a Memphis/LAC series. I also doubt either coach will be willing to give much away, so I’m going to say no lesson, on two counts: one, the series won’t happen, two, even if it did, neither team’s going to be running any interesting stuff.

Law Murray (@LawMurrayTheNU): I’m sure there will be. When the Clippers went to Memphis last month, Zach Randolph came back to play with teammates he had never played with before (and aren’t on the Memphis roster now), and all he did was mess around and get his first career triple-double. Now, the Clippers are going to go out and try and beat this team in their home finale while trying to get PF Blake Griffin going in one more tune-up opportunity. The Grizzlies also have yet to clinch a playoff berth, and this all becomes a moot point once we find out Wednesday night that the Trail Blazers are coming to L.A. this weekend.

Brandon Tomyoy (@dingyu): It will really be to see if there is anything left in this rivalry between the Grizzlies and the Clippers. Meeting in the first round for two straight years certainly gave the sense we could see this as a fiery matchup for a while, but the rubber match these two teams have been waiting for will likely elude them for the third straight year. It’s a matchup ripe with plenty of opportunities for revenge games, and as Law mentioned, Z-Bo always seems to play with an added chip on his shoulder when these two teams meet. All that considered, though, I’m not sure how much more this can be considered a rivalry if they continue to miss each other in the postseason.

2. Do you see Memphis Lance and think, “Yes, I knew he had it in him” or nah?
Evans: I’m happy Lance is getting back into it, but here’s a nice stat to keep in mind: the Grizz are 1-8 over the last nine games. The game they won was against the Bulls, when Lance was a healthy scratch. So, you know. It’s hard to know if he’s Pacers Lance, or more ‘Sixers Tony Wroten.

Murray: Not really. Let’s apply some context. While Stephenson is pulling strong numbers in Memphis (averages of 14.0 points, 4.6 rebounds, and 2.8 assists per game), he’s doing it with a usage rate of 25.5%, a career-high. The only Clippers with a usage rate higher than that this season are Blake Griffin and Chris Paul. The Grizzlies are also 11-16 since making the deadline deal to get Stephenson. This was a very nice trade for Memphis, but Jeff Green has been a better fit for the Clippers than Stephenson was. And, the Clippers have been a much better team than Memphis since the trade too.

Tomyoy: It’s certainly easy to look at the raw numbers he’s putting up in Memphis and think he could have done this with the Clippers, but I just don’t see it happening with the roster that was around Stephenson in his brief time in Los Angeles. Would you ask DeAndre Jordan to step away from the rim to allow Lance more opportunities to drive to the basket? Would you give Lance more ball-handling responsibilities over Chris Paul or Blake Griffin? The answer to both of those questions should be “no,” but that’s not to say that Lance couldn’t have been an effective player on the Clippers, and considering how well liked he still is by this Clippers roster, maybe there is an opportunity for that down the line. I’d just caution that the expectation then is a player that, at least in terms of numbers, performs somewhere in-between what he’s done for both of these teams.

3. Would you be happy for Memphis to beat the Clippers tonight if it meant they spoiled the Warriors’ record-setting party?
Evans: Of course! Really, what Clippers fan doesn’t want the good, great, dominant team to lose, and the team starting multiple? That’s why we’re not Lakers fans. Besides, almost every healthy Grizzly was a Clipper: Lance, Barnes, Hollins, Zach, Farmar. It’d almost be like the Clips beating Golden State.

Murray: How can I put this … Congrats to the Warriors. I care about Memphis at Golden State about as much as DeAndre Jordan cares about the Dallas Mavericks.

Tomyoy: It’s probably worth it just for the sheer amount of Crying Jordan memes that would appear late Wednesday evening.