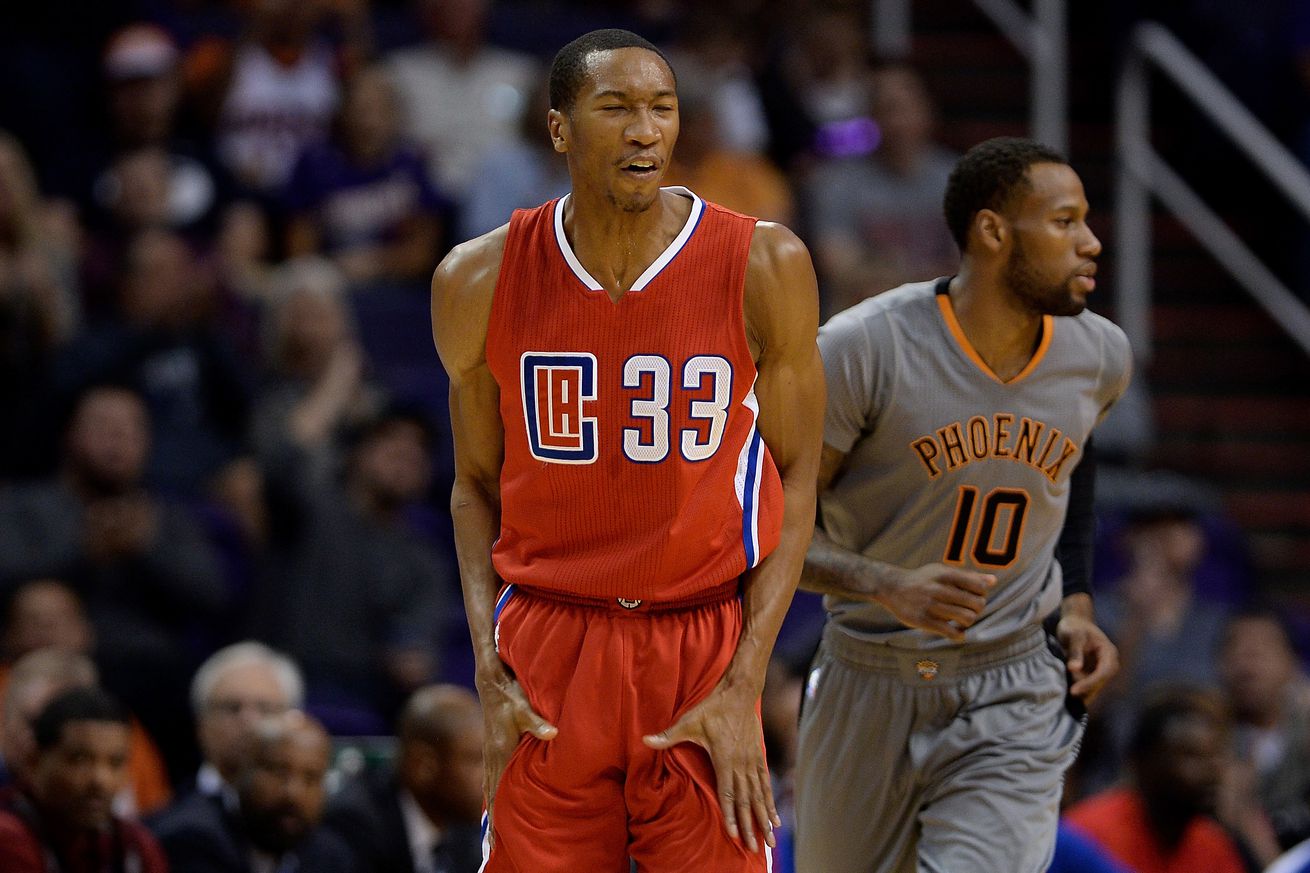 1. Doc Rivers says the Clippers bench is “almost too deep” this year. Agree or disagree?
Aaron Williams (@aaronsmarter): I feel bad for picking on Doc so much this year, but… it’s only “too deep” if your name is Doc Rivers. To be sure, there’s a lot of talent, but we’ve also seen the configurations that work and the ones that don’t. At this point, there’s no excuse for some of the oddball lineups he’s trotted out through the season, not playing Cole, barely playing Lance, starting Green – aaaand I just triggered myself. I’ll just say, “Stick to what works, Doc.”

Roscoe Whalan (@RoscoeWhalan): True if compared to the benches of Clippers past. I guess this is the “benefit” of Blake missing three months of action (if you can consider finishing fourth and locking yourself into a second round match-up with the Warriors beneficial). Beyond Jamal doing some crazy, awesome things of late, Pablo & Cole have been sneaky great role players for the Clips this season.

Kaveh Jam (@kavehsroom): The irony in this is the bench was for a good amount of time labeled the Clippers major weak link. But this season, the bench is 7th league wide in points per-game (37.4) and first in steals (4.0). Some of this is attributed to 6th man of the year candidate Jamal Crawford, but the difference this season are guys like Cole Aldrich and Pablo Prigioni. On Aldrich’s insertion into the lineup, on Sunday Doc said that was the moment “we changed as a group.” Jeff Green has also emerged as a dependable spark off the bench ever since he began looking for his shot in the offense. I wouldn’t say they are “too” deep, but they do have legit options now when the starters sit. And that in itself is invaluable during the playoffs.

Whalan: Many thought the odds were good but it turns out the goods were odd. Tyson finished his NBA relevance in a placed he truly loved, Talking Stick Resort Arena.

Jam: A roller coaster that never went up.

3. Complete the sentence: “The past 81 games have been…”
Williams: Exciting, tiresome, annoying, nerve-wracking, intimidating, entertaining, and informative. Bring on the Playoffs, I’ve got a feeling this is going to be the Clippers’ year. **Full disclosure: I’ve said this every year since Chris Paul arrived, and will probably keep saying it until they’re back in the basement, at which point the context returns to those lil’ ping pong balls we all used to love so much. May this day never come in my lifetime.

Whalan: Much ado about nothing. The Clippers entered this season having choked away a chance at their first WCF berth. After nearly losing DJ, a cast of new x-factors by the names of Josh, Lance and Paul also entered the fray. Two didn’t survive. One did in theory. A horrible new logo only added insult to injury. Blake got injured, Doc donated another first round pick to charity,Chris Paul was great but in the end none of it matters. Let’s fast-forward to Round 2, Game 5 in Oakland, that’s when this truly matters.

Jam: A perpetual struggle at the beginning, to moments of peak excitement, and now anxiously awaiting the real season. Let’s keep it honest, no matter how good or bad, all 82 games pale in comparison to the playoffs – especially when you’ve never been past the 2nd round.