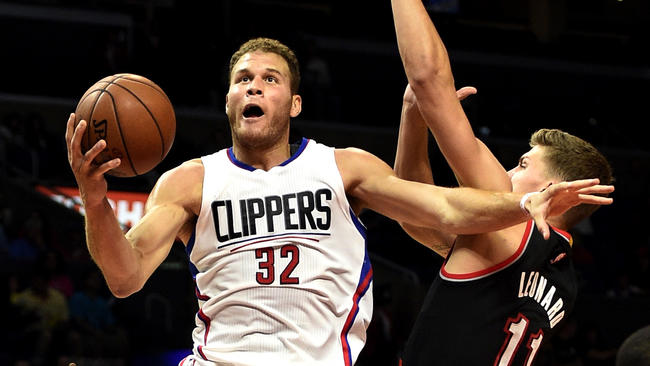 1. You’ve got the Sixth Man of the Year on one squad and this year’s Most Improved Player on the other. Who’s award win is more impressive?
Ben Mesirow (@SemNeb): They both won in the way people in their categories usually do – Jamal scored a boatload of buckets off the bench, and CJ got better with a huge uptick in minutes and usage. Both of these dudes did exactly what their teams needed them to do, but I’m going to lean towards CJ here because he proved something new this season while Jamal’s been at it for years (yes I’m aware that’s the point of most improved player).

Michael Shagrin (@mshaggy): Unoriginal take alert: neither! These awards have devolved into a simplistic comparison of rather meaningless numbers. Sixth man of the year is now just the highest scoring guy who happens to start the game on the bench. Most improved is a year-over-year points per game comparison. What has become of our Association? Can we make awards great again? Bad!

Aaron Williams (@aaronsmarter): I’ll let Mr. Crawford take this one. No offense to CJ McCollum, but he’s really the runner up for his award, and won mostly be default – no one seemed to want to lade the transcendent Wardell the Second (which may be what I decide to call the 3-point wonder from here on out) with too much hardware for the year. It just looks bad for everybody else.

2. If you’re handing out 3 daps how do you distribute them between LRMAM and Cole Aldrich?
Mesirow: I will always have a dap for the Prince, but that’s a longstanding affection. The other two go right to Simón Cole-ívar for his all around play, liberating the bench from the tyranny of opposing offenses and establishing an independent nation in the paint. It’s been great fun to watch him protecting the rim on one end and then hustling 90 feet to flip up tougher-than-they-look hook shots on the other, but it’s bittersweet knowing he’s probably played himself out of the Clippers’ price range this summer.

Shagrin: All of the daps for Cole! Prince Luc deserves a hearty handshake but it’s Huckleberry Aldrich that gets the dap treatment. His per minute numbers are great, his intuitive defensive spacing is the best on the team, and he’s a willing and productive participant in a two-man game with any Clippers guard. It’s a shame that he’ll (rightfully) walk away from his pittance of a player option during free agency. If only the franchise employed someone tasked with thinking through these sorts of personnel decisions!

Williams: ALL THREE TO KING COLE. Again, no offense to Prince Luke, but what the Snaggletoothed Kid has managed to put together this year is nothing short of astounding. I can’t say “single-handedly”, but… like, 75% of what has been wrong with the Clippers for the past three years seemed like it was instantly fixed when the big man left his presumably uncomfy spot on the bench. Also, his name lends itself to all kinds of fun double entendre – more of a bonus, but hey, who doesn’t like free stuff?

3. Imagine you’re inside the Portland camp for a second: what are two things you’d suggest ahead of Game 3?
Mesirow: Hoo boy. With the way those first two games went it’s tempting to just tell everyone to go buy swim trunks and golf clubs and get ready for summer. But we all remember last season’s second round against Houston, so anything is possible. I’d like to see what Plumlee and Ed Davis can do together, and I’m curious to see a little more Gerald Henderson and heck, maybe even Noah Vonleh. And I’m sure there are some more creative options to make things a little easier on Dame – screen-the-screener or giving him an extra safety valve or other chess moves that Terry Stotts, a great coach, has already thought of.

Shagrin: Let’s first make one thing clear: camping in and around Portland is scenic and wonderful. I highly recommend it in the early summer for a post-playoffs unwind. As for how the Blazers can change the dynamic of the series… that’s not quite as clear. The Clippers are comfortable throwing everything at Lillard and McCollum, leaving themselves exposed to the subpar Blazers shotmakers spread about the perimeter. If it wasn’t for DeAndre Jordan’s intimidating interior presence, a lot of these guys would be driving past the Clippers rather sloppy close out rotations. But since DJ doesn’t seem to be going anywhere, that’s not really an option. I’d say the prudent move is to hustle for the early bird rate on a campsite at Mt. Hood!

Williams: Trade for Blake Griffin. What? We can’t do that? Um… he likes chicken, right? He has to. Everybody likes chicken. Look, I’m not suggesting anything untoward here. Who was the last person who died from salmonella? You don’t know, right? Exactly. He’ll get better after the Playoffs and no one will be the wiser. Now, who volunteers to be the one to sneak into the Clippers’ practice facility and swap out his meal? Anyone?

[Look, in all honesty… What can the Blazers possibly do about the Clippers’ front-court? Because this is where the battle is being won. They’re executing their defensive plan nearly perfectly; chasing the Clippers off the line, forcing mid-range jumpers. But that’s where the Clips LIVE – if anything, Stotts got them to do the one thing Clippers faithful have been begging them to do. Chris is giving Dame fits (seriously, what’s up with that? Is there some other story we don’t know as to why CP loves to torture the Oakland product so much?), and C.J. can’t lift the load if Doc’s gonna do things like send Mbah a Moute after him. Someone on Twitter suggested playing Aminu at Center to draw out DJ, but… I mean, we’ve all seen Scooby-Doo and Scrappy-Doo, right?]
6 Comments